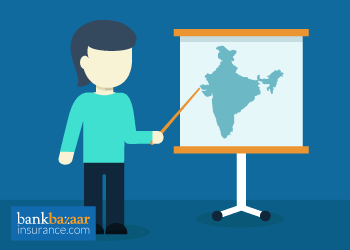 India is probably the only nation where every household has a two wheeler. It is the first choice for any person here who wants to buy a vehicle to commute on a daily basis. It is easy to maneuver on the Indian roads, tackling the traffic and of course convenient to drive. India is populated with working class people. Therefore affording a two wheeler is an economical option. There are so many models in mopeds, bikes, superbikes, etc. There is a fierce competition amongst two wheeler manufacturers because of its popularity in the nation. The industry has grown rapidly by nearly 13% in the last few years. Bike shows, bike competitions, biking clubs, etc. has become more popular than before because the love for bikes and bike riding has grown over the years.

Now with this kind of love towards two wheelers, there has to be a winner who caters to the needs of most people by making it affordable to everyone. Here are some leading two wheeler companies of India who are gaining more business for their products:

It is the largest and most popular two wheeler manufacturing company in the world. According to studies, rural population of the nation has always prefered Splendor when looking to buy a two wheeler. It is still the popular choice for many because of the company’s consistency in delivering quality products and sturdy construction. The company made headlines with their most innovative fuel-efficient vehicle, Splendor iSmart, which promises to deliver a mileage of 102 km per litre. This year, the sales percentage of Splendor and Splendor iSmart have increased by 10% making them the leader of the board. All though Hero Glamour sales have declined by 35%, other models like Passion, HF Deluxe, CBZ, Karizma, and Achiever have managed to do good business. Initially, the company was known as Hero Honda Motors Ltd, but the partnership between Honda Motors of Japan and Hero Cycles of India ended in the year 2010 and the companies have been competitors ever since.

Everyone who opts to buy a moped range, instantly thinks of Honda Activa which has been in the lead since early 2000s. It has dominated the scooter segment ever since and no other model has come close to Activa’s popularity. This model alone has a domestic monthly sales of over 2.15 lakh units. Honda is the second largest two wheeler manufacturer in the country. The company in the late 1980s had dominated the market with the manufacturing of the evergreen Kinetic Honda. This was in with Kinetic Engineering Limited and it was on every other street in the city. HMSI (Honda Motorcycle & Scooter India)ended its partnership with Honda MotoCorp in 2010 and ever since then the company has been responsible for its own manufacturing of vehicles. Some of their other models are Unicorn, Shine, CBR 150R, Dream Yuga, Aviator, etc.

Bajaj Chetak is perhaps the oldest and favorite model of our parents and why not, seeing dads drop off their kids on Chetak is one of the fondest childhood memories we have. It was also considered to be the coolest model of that time and we all know the legendary bike even today. Bajaj is one of the oldest automobile company in the country which is successful and still popular among the youth crowd pleaser even today. The company has reinvented itself constantly since 1930s (the year of establishment), one can still see the quality and commitment to customer service being the same over the years. Bajaj came back into the market with its winner Pulsar variants which was the ‘it’ 2 wheeler among the youth. Its stylish and sleek looks swept everybody off their feet and it’s still the third popular choice for bike in the country. Vespa 150 is one of the top 3 best-selling scooters in the country. Most of the vehicles from Bajaj Automobiles is in the top of the board. Their other bikes include Avenger, Platina, Discover, CT100, Kawasaki Ninja and KTM Duke.

Since 1955, TVS has focused only on automobile industry alone from finance and insurance (It also use to operate for automobiles as well in the 1870s). It partnered with Suzuki motors and gained worldwide recognition for its mammoth collaboration. Suzuki Samurai, Shogun and Fiero were top selling models back then. How can we miss their scooter range! It is a popular choice among the youngsters and working women. Models like Jupiter, Wego, Scooty Pep and Zest are very common among women. They are light, stylish and gives great performance. Their yearly production is nearly 3.2 million units and you can imagine the demand they have in the market. Some of their other top selling models are Apache RTR, Star City+ and TVS Sport.

No one owns this beast until and unless you a area motorcycle rider. It was earlier known as Enfield Cycle Company. But it was crowned as ‘Royal’ in the late 1890s by the queen of England for its performance and looks. Since then the English company is known as Royal Enfield. Owning this bike is a dream of every two wheeler rider, such is the magic of this bike. Its performance, suspension, looks, engine capacity and performance; everything is topnotch with this handsome looking two wheeler. This makes it one of the leading bike manufacturers of the country and the world. Its masculine looks is appealing to everyone and it is the best bike if you want to go on off roads, long rides, etc. All of their model is similar yet different in their feel. Some of their top selling variants are, Cruiser, Retro Street, Himalaya café racer, Classic 350, Thunderbird 350, Classic Desert Storm and the brand new Continental GT 650 and Interceptor 650.

The number of 2 wheeler fanatics has increased in India with more models and companies coming in. The world favorite, Harley Davidson has steadily increased its number on Indian roads in the last 3 years. Some of the other popular bike manufacturers are Triumph Motorcycles, Piaggio, Mahindra and Yamaha.